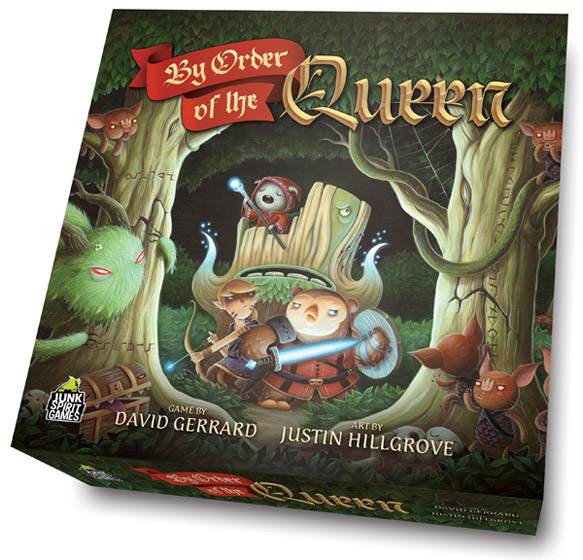 Okay, okay – I know what you are thinking. I keep saying that we are launching soon and we keep postponing.

We are working and polishing this gem and will finally be launching this January 2017. Though that is still a bit off and the Kickstarter campaign will be running several months later than expected, the good news is that the later campaign won’t actually delay the production of the game. Had we launched earlier as we had hoped to, we still would have been working on getting the files ready for press well into February 2017. Anyways, thanks for your patience!

Some general info about “By Order Of The Queen”:

“By Order of the Queen” is a 2-4 player family-friendly cooperative fantasy board game where each player plays a party of adventurers. Go on quests, visit the town, fight monsters and follow the Queen’s orders to bring stability and order back to the kingdom.