It has been awhile since I’ve posted anything here, so I figured I’d throw up a few progress shots of “Crossing Wonderland”. I wish I had taken a few more, but I didn’t… 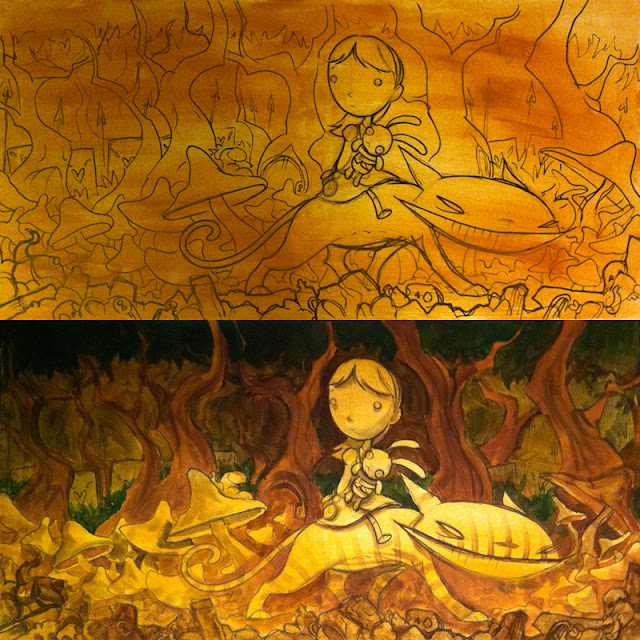 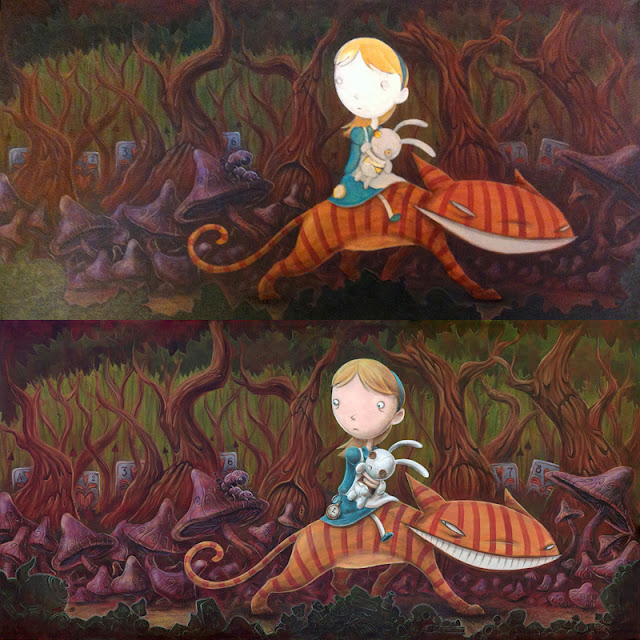 It has been some time since I painted anything Alice-related so I was itching to do a new one. Originally I was going to have Alice riding the white rabbit – I painted a little watercolor piece awhile back that I was going to base it on but as I started to sketch, the idea of her riding the Cheshire cat seemed so much more interesting to me. Blame all those early years spent watching He-Man ride BattleCat into the fray. 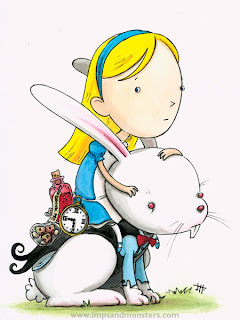 I still wanted to include the white rabbit though and so turning him into her stuffed companion just seemed to fit. I think it gives her a more youthful, innocent feel – more in need of the Cheshire cat’s protection. Though by the cat’s grin its hard to say what his intentions are.
I wanted to make the woods menacing, or at least inhabited and I toyed with the idea of populating it with some denizens of Wonderland. In the end I decided on a tribe of native cards (wild cards) that the Queen of Hearts had not indentured.
I was happy with how this piece turned out. My favorite part of the painting is the caterpillar sitting on the mushroom. I like to think he is whispering some advice to her as she passes. Something like, “You probably shouldn’t ride cats – they’re trouble.”