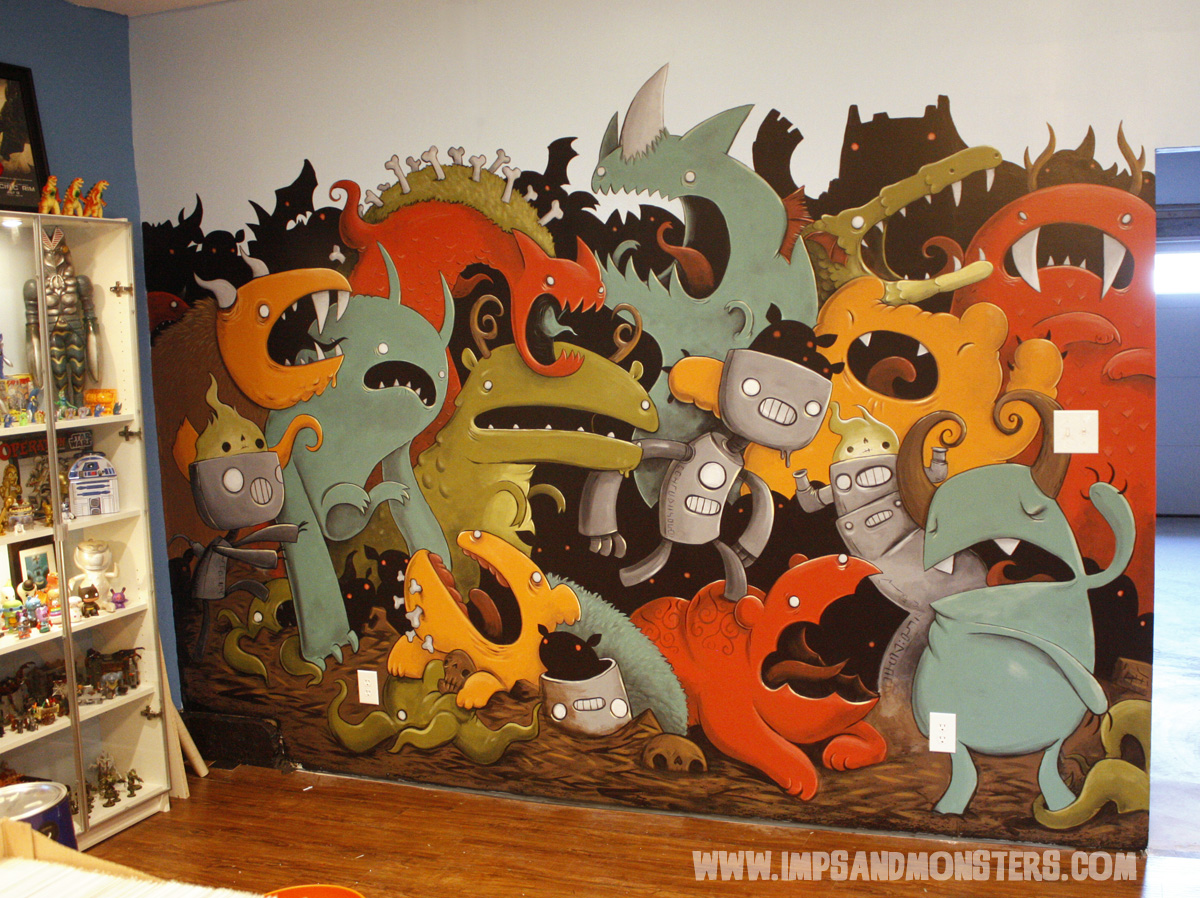 So a couple days ago while starting at the blank wall in my studio I decided it needed to be painted on, so here it is along with some progress shots. I drew it on the wall in pencil but other than that it wasn’t really pre-planned out. I just wanted to paint a bunch of monsters en masse. I had some left over paint from the Mural I did at Facebook’s Seattle office so I had everything I needed to get going.

Here it is finished (for now). I have some plans to add to it, but don’t know if or when that’ll happen. It took about 2.5 long days of pretty intense painting and I’m pretty happy with it… 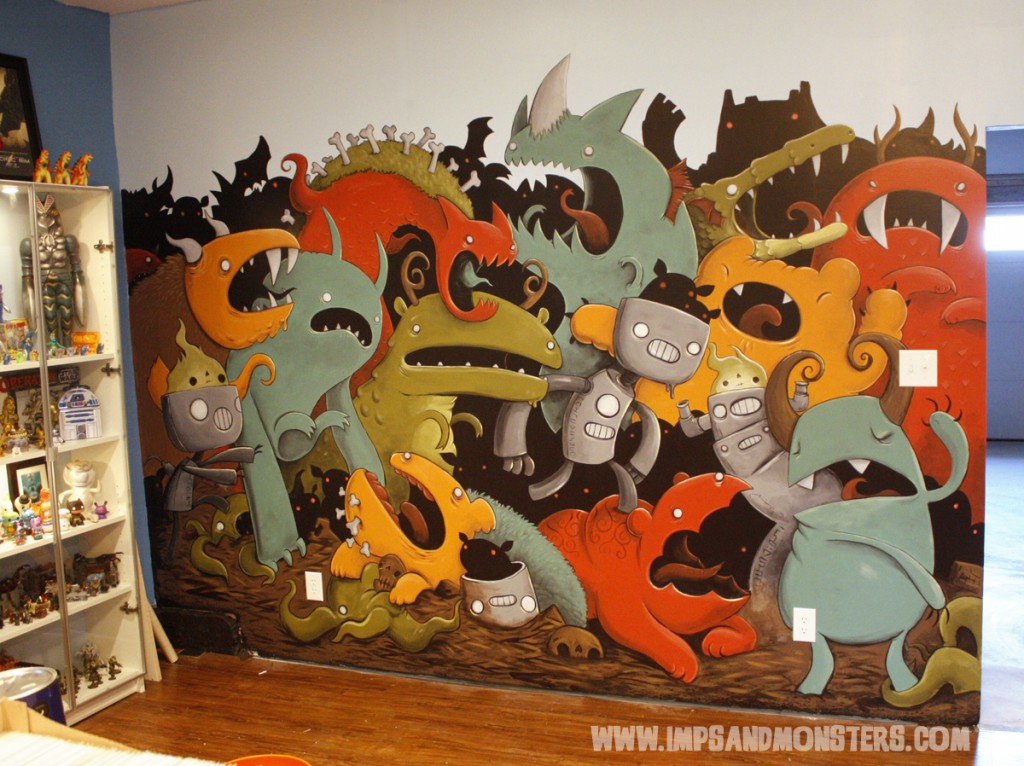 Here are some progress shots: 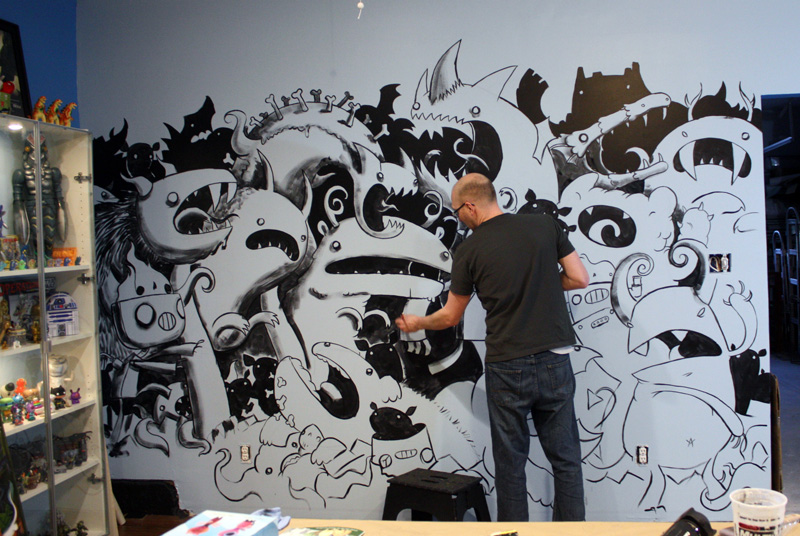 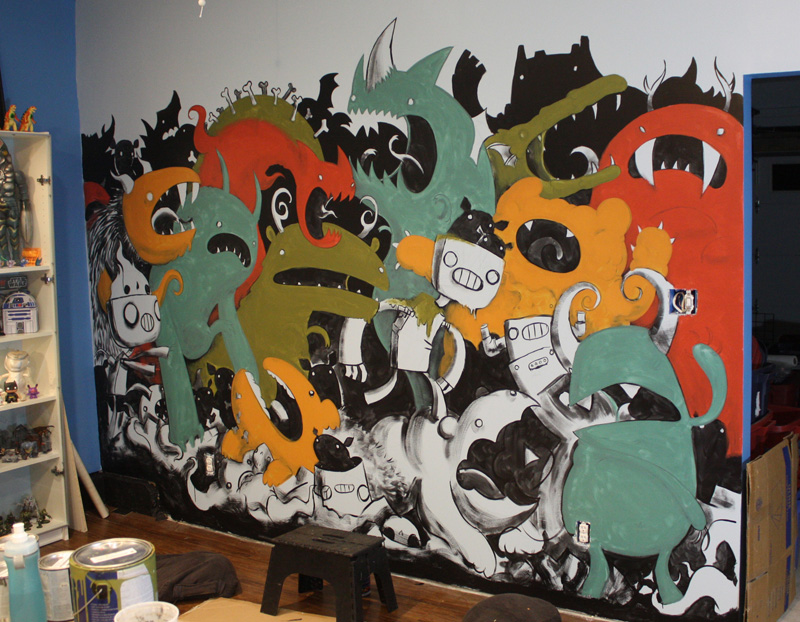 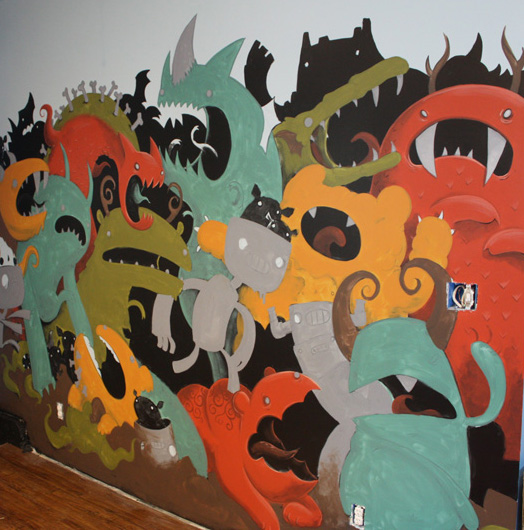 My youngest, Jovi, decided she wanted to help – she did a great job of laying down some teal. She’s quite the painter. 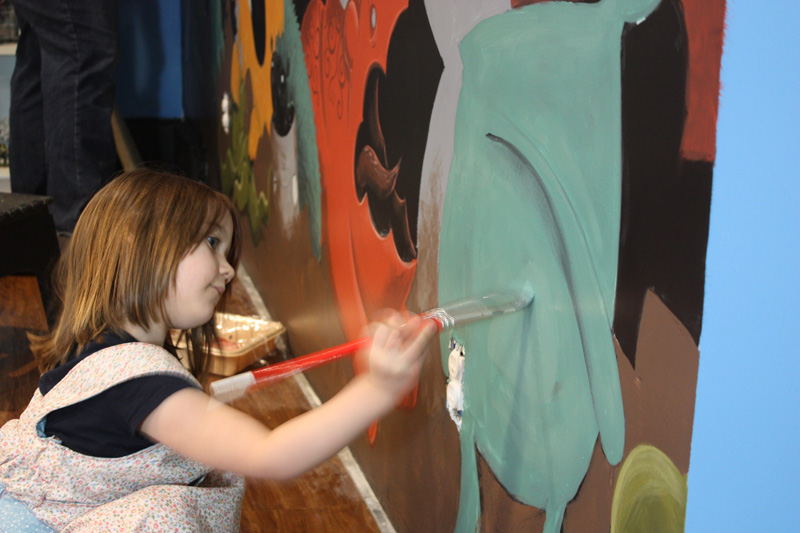 Jessica (my awesome wife) came out to check on me and started painting. 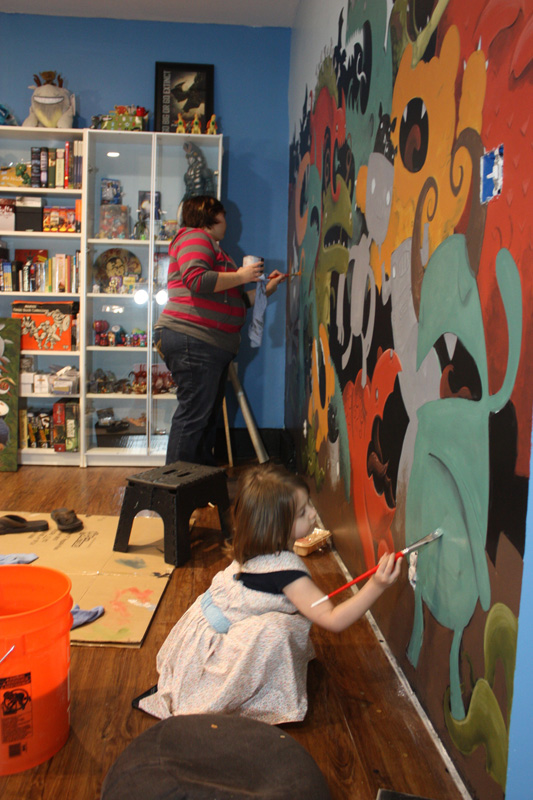 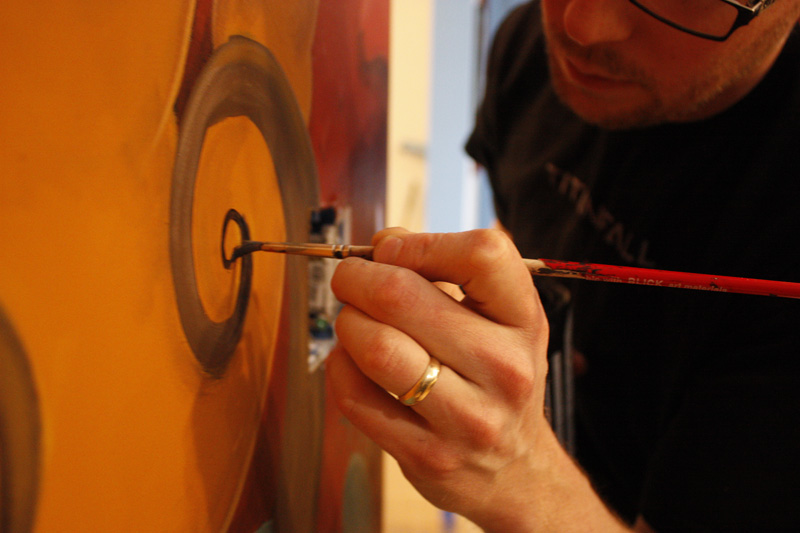 My friend and fellow artist Julie Roehling picked up a brush and started painting later that night. 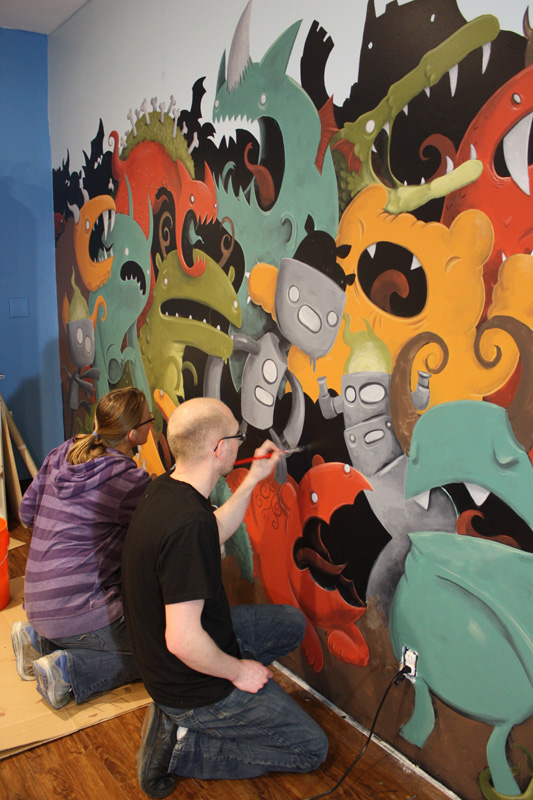 Almost done here. Had to force myself to go to bed and then finished in the morning… 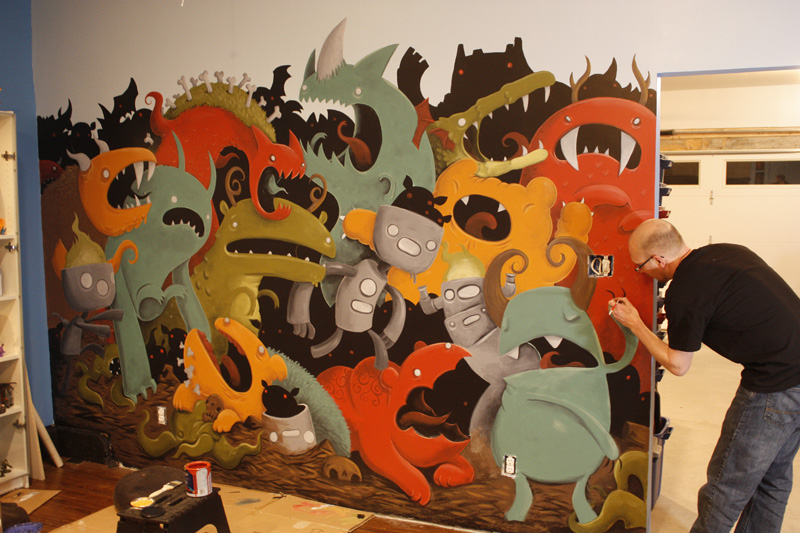