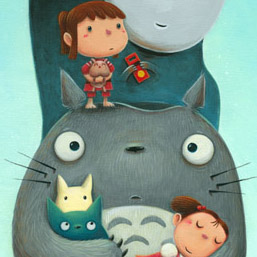 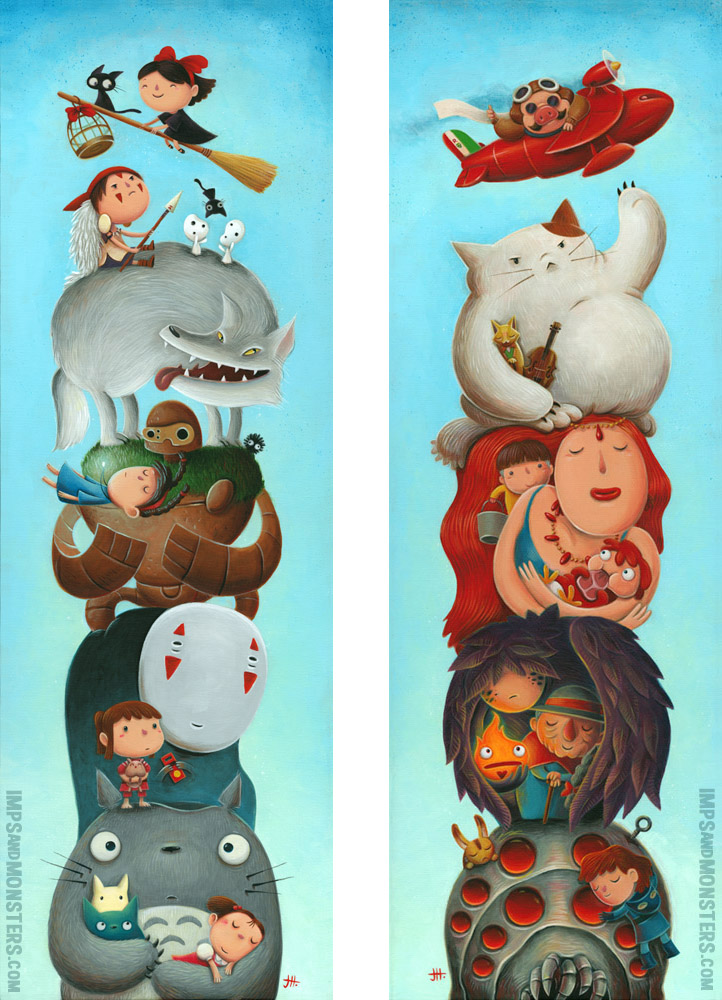 A Studio Ghibli / Hayao Miyazaki-themed group show opened at Spoke Art Gallery in San Francisco on February 2nd. My contributions to the show are two 8″ x 24″ original acrylic paintings on canvas (sold as a set). The “Miyazaki Totems” were a lot of fun to work on – It was an opportunity to re-visit my favorite Miyazaki films and put my spin on many of his beloved characters.

Prints can be ordered HERE on impsandmonsters.com 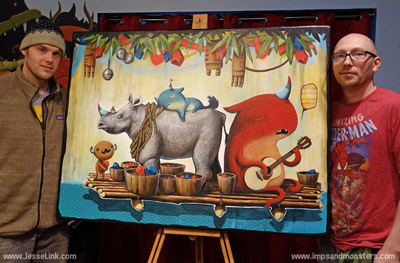